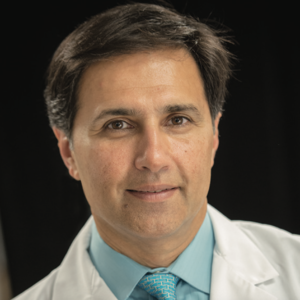 Humayun, a prolific inventor, is widely recognized for his substantial and lasting contributions to the treatment of blindness. He notably invented the Argus II retinal prosthesis, which is the first FDA-approved artificial retina used to restore partial vision to late-stage retinitis pigmentosa patients experiencing blindness. Throughout his career, he has authored more than 250 peer-reviewed publications and issued over 125 patents for his biomedical engineering advancements.

Some of Humayun’s previous accolades include the 2018 Institute of Electrical and Electronics Engineers (IEEE) Biomedical Engineering Award and the 2020 IEEE Medal for Innovations in Healthcare Technology. Humayun was also awarded the National Medal of Technology and Innovation, granted by President Barack Obama in 2016, which is the highest technological achievement award in the United States. He was elected to the prestigious National Academy of Medicine (NAM) and National Academy of Engineering (NAE) for his transformative innovations in the field of ophthalmology and contributions to the restoration of sight. He is also an IEEE fellow and previously served as president of the American Society of Retina Specialists (ASRS) from 2016 to 2018. Humayun was named one of the top 1% of ophthalmologists by US News & World Report.

Humayun currently serves as director of the USC Dr. Allen and Charlotte Ginsburg Institute for Biomedical Therapeutics and co-director of the USC Roski Eye Institute. He is also the Cornelius J. Pings Chair in Biomedical Sciences and a professor of ophthalmology, biomedical engineering, and integrative anatomical sciences at USC.