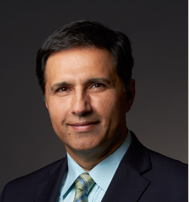 Mark Humayun, MD, PhD is the Cornelius J. Pings Chair in Biomedical Sciences, Professor of Ophthalmology, Biomedical Engineering and Cell and Neurobiology, Director of the USC Dr. Allen and Charlotte Ginsburg  Institute for Biomedical Therapeutics, and Co-Director of the USC Roski Eye Institute. As the director of USC IBT, Dr. Humayun’s vision is to create an interdisciplinary environment of research and discovery. At the intersection of engineering and medicine, his research projects focus on the treatment of the most debilitating and challenging neurosensory diseases through advanced engineering. Dr. Humayun earned his BS at Georgetown University, his MD and residency at Duke University Medical School, his Ph.D. in Biomedical Engineering at the University of North Carolina, and his advanced fellowship training in retinal surgery from Johns Hopkins.  Dr. Humayun is the co-inventor of Argus II, which offers functional sight to those with complete retinal blindness. He was elected to the prestigious Institute of Medicine (IOM) in 2009 for his groundbreaking work to restore sight to the blind.  He was also elected to the National Academy of Engineering (NAE) Class of 2011, making him the only ophthalmologist to date to be a member of both US National Academies of Medicine and Engineering. Dr. Humayun was named 2005 “Inventor of the Year” by R&D magazine and top 1 % of ophthalmologists in U.S. News & World Report. 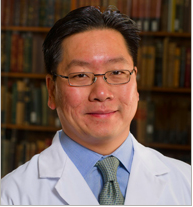 Charles Liu, MD, PhD received his B.S.E. in Chemical Engineering at the University of Michigan, Ann Arbor, and his PhD in Chemical/Bioengineering at Rice University before obtaining his MD from the Yale University School of Medicine. He trained in neurosurgery at the University of Southern California Affiliated Hospitals. He is presently professor of neurosurgery, neurology, and biomedical engineering at the USC Keck School of Medicine and Viterbi School of Engineering. In addition, he is the Director of the USC Neurorestoration Center (NRC), which exists to turn transformative technologies into effective therapies to restore neurological function from the unique perspective of the clinical neurosciences. Working in close partnership with academic, clinical, and industrial collaborators, the USC NRC plays a pivotal role in a broad spectrum of research activities covering biotherapeutics, neuroprosthetics, and non-invasive neuromodulation, including those actively funded by the National Science Foundation and National Institutes of Health through the BRAIN Initiative. He has long-standing collaborations at the California Institute of Technology, where he is appointed to the faculty as Visiting Associate in the Division of Biology and Bioengineering. He also serves as the Surgical Director of the USC Comprehensive Epilepsy Center. He is Editor-in-Chief of the Journal of Clinical Neuroscience. He serves as the principal neurosurgical consultant for the NCAA USC Trojans Athletics Department and as the neurosurgical liaison for the Rose Bowl Game. At Rancho Los Amigos National Rehabilitation Center, Dr. Liu is Chair of the Department of Neurosurgery and Orthopedic Surgery, where he is developing cutting-edge clinical programs in neurorestoration. 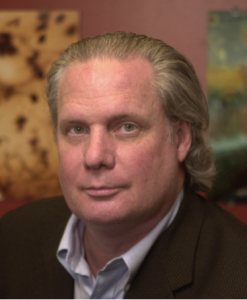 Theodore W. Berger, PhD is a professor of biomedical engineering, the David Packard Chair of Engineering and director of the Center for Neural Engineering at the USC Viterbi School of Engineering. Dr. Berger uses experimental and theoretical approaches to develop models of mammalian neural systems, with a particular focus on the hippocampus, which is essential for learning and memory. In 2013, his pioneering development of implantable silicon chips to repair damaged brain functions resulting from injury or disease—such as Parkinson’s and Alzheimer’s—was hailed as a top-10 breakthrough technology in MIT Technology Review’s annual list. The first test in humans of this revolutionary advancement is anticipated within the next five years. Dr. Berger also received the 2013 Engineering in Medicine and Biology Society’s Academic Career Achievement Award in recognition of his outstanding research in cortical prosthetics. He received a Ph.D. in physiological psychology from Harvard University.

David R. Hinton, MD is the Gavin S. Herbert Professor of Retinal Research and Professor of Pathology, Neurological Surgery, and Ophthalmology at the Keck School of Medicine at the University of Southern California, Los Angeles; and Vice Chair of Academic and Research Affairs in the Department of Pathology at the Keck Hospital of USC. He graduated from the University of Toronto with a medical degree in 1978. He then completed a combined residency/fellowship program in neuropathology at the University of Toronto in 1983.  He also completed a research fellowship at the prestigious California Institute of technology. Dr. Hinton has won several “Outstanding Teacher” awards through his mentorship of undergraduate and graduate students. He has won several  “Outstanding Teacher” awards through his mentorship of both undergraduate and graduate students. Remarkably, Dr. Hinton has authored over 400 peer reviewed articles, abstracts and book chapters. 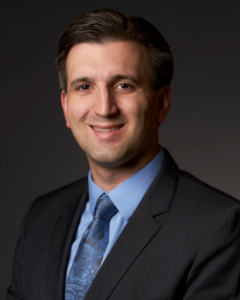 Amir H. Kashani, MD, PhD attended Johns Hopkins School of Medicine where he obtained his MD and PhD in neuroscience. He completed his ophthalmology residency at the USC Roski Eye Institute and fellowship in Vitreoretinal surgery at the top-rated Associated Retinal Consultants (Royal Oak, Michigan). He was awarded both the Heed and Michel’s Fellowships (National Honors) during his training. Dr. Kashani is now a USC clinician-scientist with an active practice in both medical and surgical retinal diseases including diabetic retinopathy, retinal vein occlusions, age-related macular degeneration, retinal detachments, epiretinal membranes, and macular holes among other common retinal diseases. Dr. Amir Kashani is an Assistant Professor as well as Director of the Ocular Diagnostic Imaging Center at the USC Eye Institute. 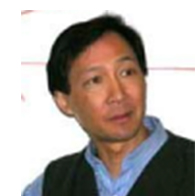 Robert Chow, MD, PhD is an associate professor of physiology and biophysics at the Keck School of Medicine of USC. He is a former Howard Hughes Medical Institute Physician Fellow and Fellow of the American College of Physicians. Dr. Chow’s research is conducted in the Zilkha Neurogenetic Institute, where his focus is on hormone and neuronal secretion in normal and pathological states. Two areas of particular interest are diabetes and retinal-neurological diseases, such as age-related macular degeneration. Dr. Chow was principal investigator on a groundbreaking study of hormone secretion that was published as a cover story in the journal Nature in 2003. He received an MD and PhD from the University of Pennsylvania and conducted postdoctoral work in biophysics in the laboratory of Nobel Laureate Professor Erwin Neher at the Max Planck Institute for Biophysical Chemistry. 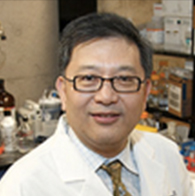 Dr. Stan Louie is a clinical and translational pharmacologist with over two decades of clinical and drug development experience. Dr. Louie has focused on understanding inflammation and development of drugs against these chronic-debilitating disease.  He graduated from UCSF in 1987, Dr. Louie continued his clinical training at California Pacific Medical Center (CPMC). After his residency training, Dr. Louie accepted a position at University of Southern California, where he began his academic career investigating cancer therapy, where he has explained into treating disease associated with chronic inflammation. This includes infections, malignancies and neurodegenerative diseases. 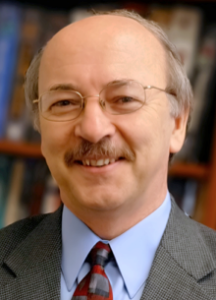 A faculty member at the Department of Chemistry and the Loker Hydrocarbon Institute of the USC Dornsife College, Dr. Petasis is a Professor of Chemistry and Pharmacology and holds the Harold & Lillian Moulton Chair in Organic Chemistry. He also has joint appointments at the USC School of Pharmacy, and the Norris Comprehensive Cancer of the Keck School of Medicine. He has over 180 publications and has given over 180 invited lectures worldwide. His work has been recognized with several awards and honors, including the USC Associates Award for Creativity In Research and Scholarship, the worldwide Novartis Chemistry Lectureship, the Arthur C. Cope Scholar Award of the American Chemical Society. He was elected Fellow of the American Association for the Advancement of Science, and has been a member of multiple pharma and biotech scientific advisory boards.

Next, view our videos.