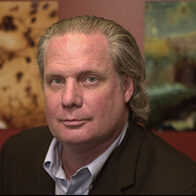 Dr. Berger’s research involves the complementary use of experimental and theoretical approaches to developing biologically constrained mathematical models of mammalian neural systems. The focus of the majority of current research is the hippocampus, a neural system essential for learning and memory functions. The goal of this research is to address three general issues: (1) the relation between cellular/molecular processes, systems-level functions, and learned behavior; (2) the extent of which the functional dynamics of neural systems are altered by activity-dependent synaptic plasticity; (3) the extent to which the essential functions of a neural system can be incorporated within a hardware representation (e.g., VLSI circuitry).

Experimental studies involve the use of extracellular, intracellular, and whole-cell electrophysiological recording techniques, applied in vivo using anesthetized and chronically implanted animals, and in vitro using hippocampal slice preparations. A number of neurobiological issues are being investigated, including: (1) quantifying the signal processing capabilities of hippocampal neurons and the extent to which these capabilities reflect regulation due to feedforward and feedback circuitry vs. intrinsic neuronal mechanisms, such as voltage-dependent conductances or second messenger biochemical systems; (2) the spatiotemporal distribution of activity in neural networks and its dependence on input pattern and network connectivity; (3) the cellular mechanisms underlying changes in the strength of connections among neurons, i.e., synaptic plasticity, and the influence of synaptic plasticity on signal processing characteristics of neurons and the spatiotemporal distributions of activity in networks.

Ted Berger is a professor of biomedical engineering, the David Packard Chair of Engineering and director of the Center for Neural Engineering at the USC Viterbi School of Engineering. Dr. Berger uses experimental and theoretical approaches to develop models of mammalian neural systems, with a particular focus on the hippocampus, which is essential for learning and memory. In 2013, his pioneering development of implantable silicon chips to repair damaged brain functions resulting from injury or disease—such as Parkinson’s and Alzheimer’s—was hailed as a top-10 breakthrough technology in MIT Technology Review’s annual list. The first test in humans of this revolutionary advancement is anticipated within the next five years. Dr. Berger also received the 2013 Engineering in Medicine and Biology Society’s Academic Career Achievement Award in recognition of his outstanding research in cortical prosthetics. He received a Ph.D. in physiological psychology from Harvard University.