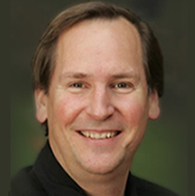 Chemists have focused the majority of their attention on synthesizing and studying compounds on a molecular level. The end result of this work is the ability control both molecular structure and properties very efficiently. The major thrust of Dr. Thompson’s research at USC is aimed at extending the control chemists have developed for molecular species to solid materials. We have focused on molecular polymeric materials for optical studies in recent years and have recently extended out interests to include tailoring the properties of the inorganic/biological interface and nanoscience.

Dr. Thompson graduated from the prestigious California Institute of Technology with a PhD in inorganic chemistry in 1995. As a Professor of Chemistry, he has published over 270 peer-reviewed journal articles. He was ranked 12th of the top 100 chemists worldwide for their citation impact scores for chemistry papers published since January 2000, by Thomson Reuters Web of Science. In 1998 he was recognized as the Distinguished Inventor of the Year, awarded by the intellectual Property Owners Association for the development of stacked multicolor organic LEDs. Dr. Thompson also received the USC Associates Award for Excellence in 2007, given to only one faculty member per year.