Mark Humayun, MD, PhD, recently appeared on NBC California Live in a feature highlighting the remarkable story of his patient, Anna Kuehl, who regained her eyesight thanks to a retinal implant invented by Humayun’s research team.

Anna, a mother of two living in Southern California with her husband, noticed that her vision had begun deteriorating drastically with age. At first, she needed a stronger eyeglass prescription; eventually, the center of her visual field darkened into a black spot of complete blindness. Her quality of life declined with her vision: she found herself unable to fulfill her job duties as a CPA, and she withdrew from social events because, as she explained to NBC California Live, it became difficult to enjoy herself when she could no longer recognize people’s faces.

Anna was diagnosed with a form of progressive blindness known as dry age-related macular degeneration (AMD), for which there was no existing cure. Anna, like the millions of other Americans diagnosed with dry AMD each year, expected that her vision would inevitably deteriorate until it was mostly overtaken by darkness.

Anna sought treatment at the USC Roski Eye Institute, where she met Dr. Humayun, a vitreoretinal surgeon and world-renown inventor of advanced medical implants intended to cure various forms of blindness. Fortunately for Anna, Humayun’s research team at the USC Ginsburg Institute for Biomedical Therapeutics had the perfect invention in the works: a stem cell-based retinal implant meant to help patients with Anna’s exact condition.

After meeting with Dr. Humayun, Anna was deemed a good candidate to receive one of the first implants available to patients. She underwent surgery at the USC Roski Eye Institute, and over time, she noticed a change in her eyesight. Whole faces of her loved ones reappeared, and the dark spot that used to dominate her vision receded.

Anna is once again able to appreciate the day-to-day joys that macular degeneration had stolen, such as watching ships sail across the horizon and appreciating the vividly colored flowers of her garden.

As for Humayun and his team, seeing success stories like Anna’s continues to fuel their dedication to curing blindness and bringing hope to patients living in darkness. As Humayun says, “To be able to make even a little bit of difference makes it all worthwhile for us.” 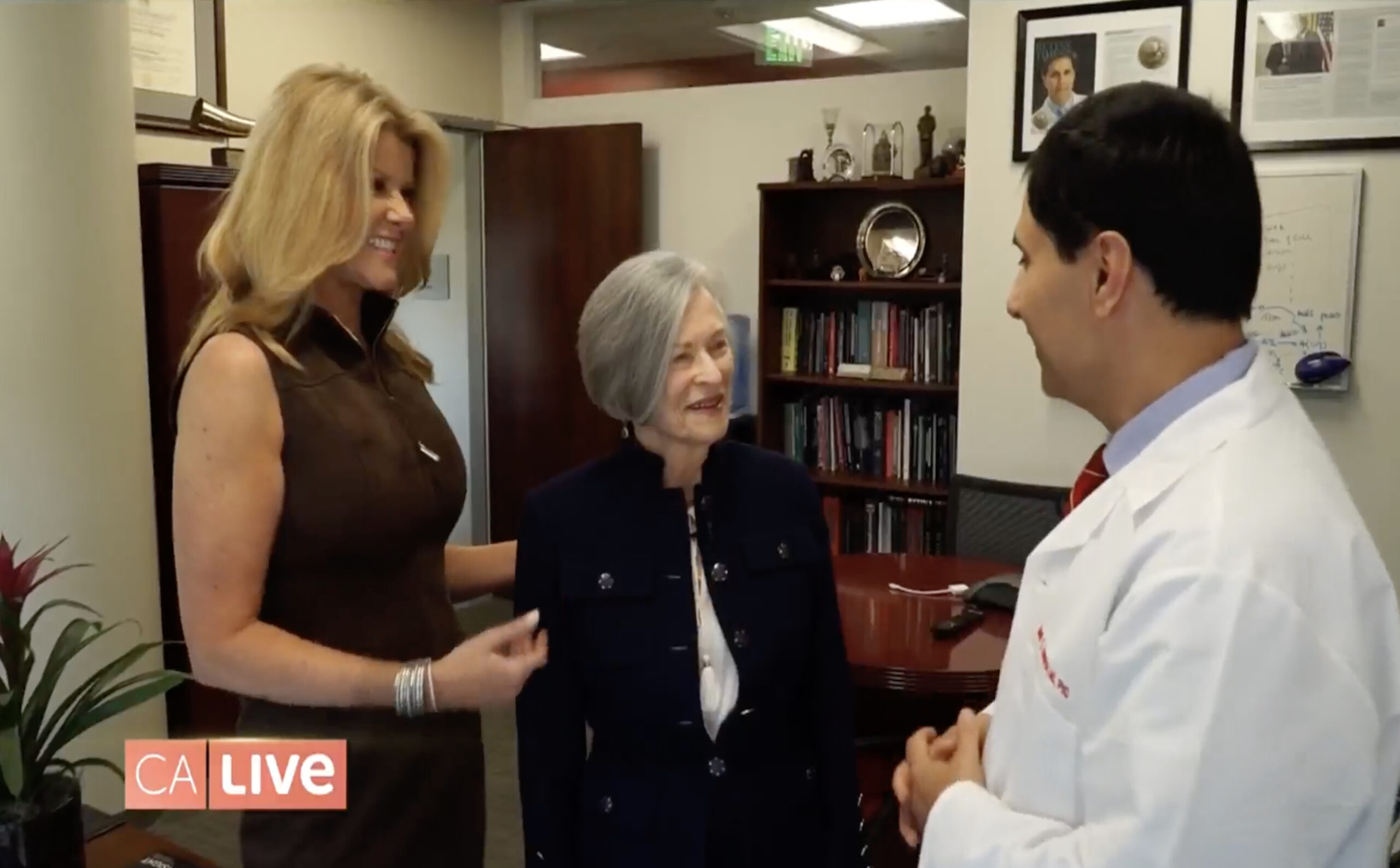