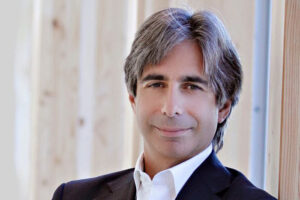 Gianluca Lazzi is a Provost Professor of Ophthalmology, Electrical Engineering, Clinical Entrepreneurship and Biomedical Engineering at the University of Southern California (USC) where he is also the holder of the Fred H. Cole Professorship and the Director of the Institute for Technology and Medical Systems (ITEMS), a joint initiative of the Keck School of Medicine and the Viterbi School of Engineering. He currently serves on the Editorial Board of IEEE Spectrum and is the 2021 President Elect of the IEEE Antennas and Propagation Society. He served as Editor-in-Chief of the IEEE Antennas and Wireless Propagation Letters (2008 – 2013) and as a Co-Guest Editor of the Special Issue on “Wireless Real-time Health Monitoring Technology for Personalized Medicine” of the IEEE Transactions in Antennas and Propagation (2019) and the Special Issue on “Biological Effects and Medical Applications of RF/Microwaves” of the IEEE Transactions on Microwave Theory and Techniques (2004). In 2014, he was the General Co-Chair of the IEEE Microwave Symposium on RF and Wireless Technologies for Biomedical Applications. He is a Fellow of the IEEE, a Fellow of the American Institute for Medical and Biological Engineering (AIMBE), and a Fellow of the National Academy of Inventors.