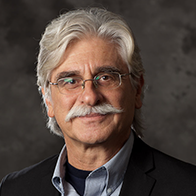 Prof. Marmarelis’ research interests lie primarily in the areas of physiological system modeling and analysis of biomedical signals, with emphasis on improved clinical diagnosis and minimally invasive treatment. He has pioneered modeling methodologies for dynamic nonlinear physiological systems and spatiotemporal signal analysis with application to neural coding and information processing in the brain. This work seeks the eventual development of novel means of therapeutic intervention in neurological disease (e.g. neurostimulation and neuromodulation). Prof. Marmarelis co-authored the seminal monograph on this subject in 1978 (Analysis of Physiological Systems: The White-Noise Approach), which was translated in Russian (1981) and Chinese (1991) and has edited three research volumes (1987, 1989, 1994). Recently, he authored a comprehensive monograph on this subject (Nonlinear Dynamic Modeling of Physiological Systems, 2004) that includes the challenging issue of nonlinear feedback and closed-loop/nested-loop modeling in physiological autoregulation. The latter issue attains critical importance in neuro-vascular and neuro-endocrine homeostasis, which is at the core of Prof. Marmarelis’ current interest in cerebral flow autoregulation (a key to improved clinical diagnosis of neurovascular and neurodegerative disease like Alzheimer’s and dementia), as well as insulin-glucose interactions and blood glucose regulation in diabetes (e.g. closed-loop control of blood glucose).

In recent years, Prof. Marmarelis invented and developed a new diagnostic imaging technology that employs 3D transmission multimodal ultrasound tomography (MUT) to achieve non-invasive tissue characterization for diagnostic purposes and lesion differentiation for improved detection of cancer, starting with a pivotal application to the early detection of breast cancer. This novel technology has been recently validated in initial clinical trials and holds the promise of improved diagnosis of breast cancer that can be combined with targeted ablation of detected lesions in situ using high-intensity focused ultrasound in a 3D fixed-coordinate system for effective non-invasive treatment of breast cancer. Additional (spin-off) applications of the MUT technology include in-situ biopsies, traumatic brain injury, the improved diagnosis and potential treatment of osteoporosis, as well as injuries of tendons and ligaments. A key interest germane to IBT concerns the use of focused ultrasound for adaptive, non-invasive intracranial neurostimulation and neuromodulation.

Dr. Marmarelis received his diploma in Electrical and Mechanical Engineering from the National Technical University of Athens in 1972 and his M.S. and Ph.D. in Engineering Science (Bio-Information Systems) from the California Institute of Technology in 1973 and 1976, respectively. He was Simon Ramo Lecturer and Research Fellow at the California Institute of Technology and he joined the faculty of the Biomedical and Electrical Engineering Departments at USC in 1978, where he is currently Professor and Co-Director of the Biomedical Simulations Resource (BMSR), a research center dedicated to modeling and simulation of physiological systems that has been funded by the NIH through multi-million dollar grants since 1985. He is the author of two seminal monographs on the subject of nonlinear dynamic modeling of physiological systems that have pioneered a cutting-edge methodology with multiple scientific and clinical applications, reported in more than 200 publications. Dr. Marmarelis served as Chairman of the Biomedical Engineering Department from 1990 to 1996 and he is a Fellow of the IEEE and the AIMBE.