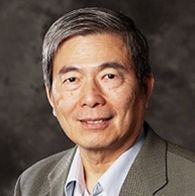 Professor Shung received a Ph.D. in electrical engineering from University of Washington, Seattle, WA, in 1975. He has been a professor of biomedical engineering at USC since 2002 and the director of NIH Resource Center on Medical Ultrasonic Transducer Technology since 1997. He was appointed a dean’s professor in biomedical engineering at the Viterbi School of Engineering at USC in 2013. Dr. Shung is a life fellow of IEEE, and a fellow of the Acoustical Society of America and American Institute of Ultrasound in Medicine. He is a founding fellow of American Institute of Medical and Biological Engineering. He received the IEEE Engineering in Medicine and Biology Society Early Career Award in 1985 and was the coauthor of a paper that received the best paper award for IEEE Transactions on Ultrasonics, Ferroelectrics and Frequency Control (UFFC) in 2000. He was elected an outstanding alumnus of Cheng-Kung University in Taiwan in 2001. He was selected as the distinguished lecturer for the IEEE UFFC society for 2002-2003. He received the Holmes Pioneer Award in Basic Science from American Institute of Ultrasound in Medicine in 2010. He was selected to receive the academic career achievement award from the IEEE Engineering in Medicine and Biology Society in 2011. Dr. Shung has published more than 400 papers and book chapters. He is an associate editor of IEEE Transactions on Ultrasonics, Ferroeelctrics and Frequency Control and IEEE Transactions on Biomedical Engineering.