Mark Humayun, MD, PhD is the Cornelius J. Pings Chair in Biomedical Sciences, Professor of Ophthalmology, Biomedical Engineering and Cell and Neurobiology, Director of the USC Institute for Biomedical Therapeutics, and Co-Director of the USC Roski Eye Institute. As the director of USC IBT, Dr. Humayun’s vision is to create an interdisciplinary environment of research and discovery. At the intersection of engineering and medicine, his research projects focus on the treatment of the most debilitating and challenging neurosensory diseases through advanced engineering.   Dr. Humayun is the co-inventor of Argus II, which offers functional sight to those with complete retinal blindness. He was elected to the prestigious National Academy of Medicine (NAM)  and National Academy of Engineering (NAE) for his pioneering work to restore sight. In addition, amongst the many other awards and recognitions, Dr. Humayun was named Inventor of the Year by R&D magazine (2005) and top 1 % of ophthalmologists in U.S. News & World Report. 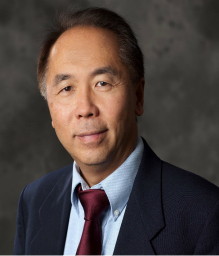 Michael C.K. Khoo, Ph.D. received his BSc(Eng) degree in Mechanical Engineering from the Imperial College of Science and Technology, University of London, in 1976, and the M.S. and Ph.D. degrees in Biomedical Engineering from Harvard University in 1977 and 1981, respectively. Before joining the faculty at USC in 1983, Dr. Khoo worked as a research engineer on a collaborative project involving the Veterans Administration Medical Center (West Roxbury), Brigham and Women’s Hospital (Boston) and the Massachusetts Institute of Technology. Dr. Khoo has been the recipient of a Research Career Development Award from the National Institutes of Health and a Career Investigator Award from the American Lung Association. He is principal investigator of one of the Core Projects in the Biomedical Simulations Resource, a national center funded by the NIH National Institute of Biomedical Imaging and Bioengineering, dedicated to advancing the state of the art in biomedical modeling and computer simulation. He is also the co-principal investigator of an NIH training grant in Biomedical Imaging Informatics, and co-Director of Education and Outreach for the NSF-funded Engineering Research Center on Biomimetic Microelectronic Systems. Dr. Khoo is a Fellow of the American Institute of Medical and Biological Engineering (AIMBE) and the Biomedical Engineering Society (BMES). He was BME Department Chair 2003-2010. 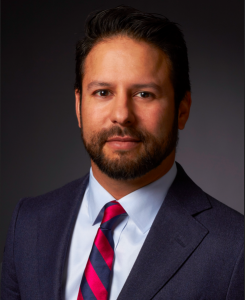 Dr. Whalen’s career has been focused on activities related to early development of new biomedical materials technologies, including both publications and patents in the areas of biomaterials research. Prior to joining IBT, Dr. Whalen served as the Director of Industry Relations for the NSF-sponsored Biomimetic Microelectronic Systems Engineering (BMES) Research Center at USC.  In this role, Dr. Whalen was responsible for growing and managing a consortium of over a dozen medical device manufacturers and component vendors, to provide commercialization guidance and support to the research and development efforts of BMES. His efforts raised over $400,000 in industrial partner membership dues, over $3 Million in collaborative development programs with industry, and three company spin-offs since 2009. Dr. Whalen has also participated in a number of early stage medical technology ventures: co-founder of Platinum Group Coatings, LLC (Los Angeles, CA), a company developing novel implantable microelectrode technologies for neurostimulating and neurosensing applications (2012-current); management team member of Aspire Bariatrics, LLC (Philadelphia, PA), developing a Class-III device to treat obesity (2006-2010); and member of NEATCap, LLC (Lehigh, PA), developing neuro-protective headwear for premature infants (2011-current); Before entering industry, Dr. Whalen’s post-doctoral and graduate research focused on materials surface sciences, with an emphasis on electrochemical deposition of platinum group metals as well as fabrication of novel nanowire array structures for neurostimulation and neurosensing applications.

Next, read about Academic Leadership.